Services at church Saturday evenings at 7 p.m. and Sunday mornings at 9 a.m.

From the Pastor's Desk

“Tending flocks was my daily work, and I would pray constantly during the daylight hours. The
love of God and the fear of Him surrounded me more and more – and faith grew and the Spirit
was roused, so that in one day I would say as many as a hundred prayers and after dark nearly
as many again, even while I remained in the woods or on the mountain. I would wake and pray
before daybreak – through snow, frost, rain – nor was there any sluggishness in me (such as I

experience nowadays) because then the Spirit within me was ardent.”

March 17th is Saint Patrick’s Day and, as is fairly typical in our culture, few people are
likely to know who this individual actually was, what he did, and why we remember and
celebrate him.
That said, I’d like to fix that for you. So, here goes.
Patrick was English. That’s right. Though many assume he was an Irishman with an Irish
accent and, apparently, an Irish attraction to beer. He was actually an Englishman who, as a
young boy, was kidnapped by Irish sailors and taken to Ireland as a slave.
As a slave, Patrick tended sheep, doing so for six years.
Not to dimmish how terribly unjust this slavery was, Patrick actually came out of this
ordeal – if not physically – spiritually stronger (see quote above). As one writer says, “Patricius
endured six years of ... woeful isolation, and by the end of it he had grown from a careless boy
to something he would surely never otherwise have become – a holy man” (Cahill, How the Irish
Saved Civilization, 102). In other words, in Patrick, God was raising up another Joseph; a slave
who would become stronger in bondage and who would change the land of his captivity.
After six years of slavery, Patrick escaped and returned back to England to his family.
However, “try though he might, he [could not] put the Irish out of his mind. ... [And] Christ
began to speak within him, saying, ‘He who gave his life for you, he it is who speaks within
you.’” With this, Patrick, the escaped slave from Ireland, was about to be drafted once more – as
Saint Patrick, apostle to the Irish nation. (Cahill, 106)
Before going to Ireland, Patrick travelled to the continent to prepare for his missionary
endeavors, a reminder to us how important preparation is in all things, including ministry. Then,
after being ordained, he turned his face to Ireland, becoming – as one historian says – “the first
missionary to barbarians beyond the reach of Roman law” (Cahill, 108).
Of course, Patrick, himself, knew the great dangers of going to this pagan land. In fact,
even in his last years he said, “Every day I am ready to be murdered, betrayed, enslaved –
whatever may come my way.”
See, he knew the dangers. Yet, in that same breath he said, “But I am not afraid of any of
these things, because of the promises of heaven; for I have put myself in the hands of God
Almighty” (Cahill, 108). Such faith, hope, and steadfastness is something we should all pray for
and be encouraged by.
For the rest of his life Patrick ministered among the Irish, drawing many to Christ
through his preaching and example in life. In addition, he helped establish several bishops in
Ireland and founded several monasteries which would become hubs of spiritual devotion,
learning, and retaining of classical literature. Also, noteworthy because of his own experience
and his Christian convictions, he helped bring the Irish slave trade to a halt. As Thomas Cahill
says, “Patrick is beyond dispute, the first human being in the history of the world to speak out
unequivocally against slavery” (Cahill, 114).

Though in reality an Englishman by birth, by the end of his life it was clear; Patrick had
very much become Irish, “wedding his world to theirs, his faith to their life” (Cahill, 115). To
paraphrase the words of Paul from I Corinthians 9:22, “Patrick become Irish for the sake of the
Irish, that by all means some of them might be saved.”
So, whether or not the legends are true that he chased the snakes out of Ireland or that he
explained the Trinity with the shamrock, what we know to be true is that Patrick – by his
faithfulness to the Lord’s calling – did leave a lasting impact on that island nation and the world.
An impact that should not lead us to the local bar but to our knees in a deeper faith and
thankfulness to God for a man such as this.
This is who Saint Patrick is, this is how God used him, and this is why we remember him.

The godly give good advice to their friends. Proverbs 12:26

Here is the story of Deborah from The One Year Women of the Bible, by Dianne Neal Matthews. When Deborah was a judge for Israel, she advised people to follow God, not follow their hearts. Deborah took her role as the nation’s spiritual leader seriously and dedicated herself to teaching people God’s word. God granted her the wisdom and insight needed to counsel those who sought her assistance. Because Deborah shared His Word instead of her own opinions, Israel had 40 years of peace under her leadership. In the present, we have so very many sources for advice. We need to think twice to make sure it doesn’t conflict with God’s Word.

Please remember our missionary families. They can always use items they are unable to obtain where they are serving, such as dry soup mixes, kool aid, card games and small toys, chocolate and gummy bears, mac and cheese, and special occasion napkins. If you are interested in donating some of these items, please place your donations in the box in the kitchen. Julie Walker will make sure these are sent.

If at any time you wish to contact us with questions, comments, etc., please feel free to call or email any of us at anytime.

Emmanuel's website now has an online calendar which is the single best location to find updated times and locations for events. You can subscribe to this page and events will sow up on your digital calendar automatically. Check out www.emmanuelaflc.com.

From the Pastor’s Desk
MyButton

For a link to the latest service on YouTube, please , search YouTube for Hauge Lutheran Church, Kenyon, MN

Youth Director’s Report: Continuing on status quo per Molly.  Preliminary FLY numbers are 15 students and 4-6 adults. Recommendation is to have 1 adult per 3-4 students. She is anticipating needing around $9,500 to $10,000 for this. She is considering some COVID friendly fundraiser ideas.

1.  WiFi at church:  Going okay but there are still a few kinks to work out. Everything is hooked up but still having some      issues with it going in and out of service.

b.  Discussed Sunset Home chaplain contribution. No letter has been received for any changes.

b.  Youth Group operating expense budget.  Per Molly hard to determine since this was such an unusual year for                    comparison (no suppers, different needs). She will bring account amounts to meeting.

1.  Christmas Eve Service: Plans continue for in person service unless COVID guideline changes are made. The  service will be recorded either way and posted online.

2.  Joint Council meeting will be at Emmanuel on Monday, December 14th. 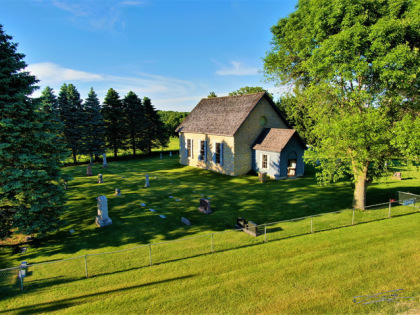 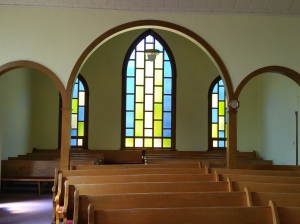